Following very successful trials in 2017, the Rugby Australia’s National Safety Committee has approved the recommendation for mandatory use of Blue Cards in all club, school and domestic representative rugby beginning in matches from 1st March 2018.

In matches of U13 and older, when a player leaves the field due to signs and symptoms of concussion or suspected concussion, the referee will show the player a Blue Card. This card is a visual cue for team support staff, it must be recorded by team officials, and triggers an off-field medical process to begin.

This off-field process (which applies to all rugby, not just U13s and older) is detailed in Rugby Australia’s Concussion Procedure 2018.

Rugby Australia has included the following Law change ‘a tactically replaced player may return to play to replace a player who has been shown a Blue Card.

* If the child has a suspected concussion they will be unavailable for selection for a minimum of 2 weeks.

Visible clues of concussion – what you see

Any one or more of the following visual clues can indicate a concussion:

Symptoms of concussion – what you are told

Presence of any one or more of the following signs and symptoms may suggest a concussion:

A graduated return to play (GRTP) programme is a progressive exercise programme that introduces a player back to rugby in a step wise fashion. This should only be started once the player is symptom free. The GRTP programme consists of six distinct stages:

Under the GRTP programme, the player can proceed to the next stage only if there are no symptoms of concussion during rest and at the level of exercise achieved in the previous GRTP stage.

If any symptoms occur while going through the GRTP programme, the player must return to the previous stage and attempt to progress again after a minimum 24-hour period of rest without symptoms.

Table 1: GRTP protocol – each stage is a minimum of 24 hours 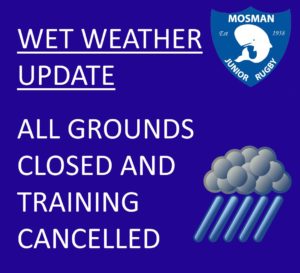